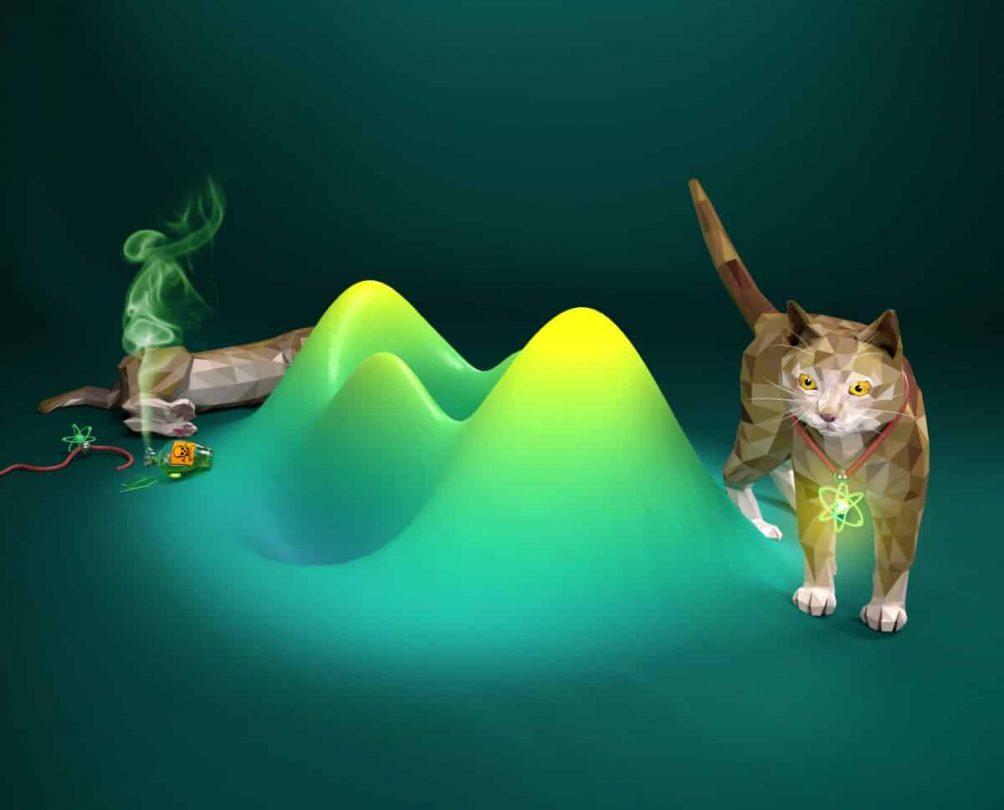 One may well ask what does a widespread protozoan parasite have to do with either the poison, the radioactive source or the ultimate survival of a cat in an experimental box?

While it appears counter-intuitive and has nothing whatsoever to do with quantum superposition or entanglement, I can none the less suggest that the poison and stochastic nature of the radioactive source are far less important to the outcome of the “experiment” than Schrodinger’s choice of cat food.

While it is obvious that the amount and half-life of the radioactive source determines the probability of the cat’s survival, the effect of both Schrodinger and his cat’s behavior are rarely considered despite the discovery of  a prehistoric link between felines and their mammalian prey.

“A cat is penned up in a steel chamber, along with the following device (which must be secured against direct interference by the cat):”

To a casual observer, it would seem to be a simple matter of risk assessment regarding the extent to which the cat can interfere with the outcome of the experiment.

“in a Geiger counter, there is a tiny bit of radioactive substance, so small, that perhaps in the course of the hour one of the atoms decays, but also, with equal probability, perhaps none”

Perhaps, this is Schrodinger exercising poetic license. To be sure, the radioactive substance was unnecessary and both the box, cat and Geiger counter should have been surrounded with lead to control the counter’s exposure to background radiation and give the cat at least an even chance for an hour.

This quite ridiculous “thought experiment” is now famous but Schrodinger’s mistaken assessment of the need for a radioactive source shows clearly that the cat may have already indirectly interfered with the experiment. The only way that we will know if this historic absence of caution is yet another example of “Fatal Attraction Phenomenon” would be to reexamine the cat box for oocysts or have tested Schrodinger’s corpse for antibodies to Toxoplasma.